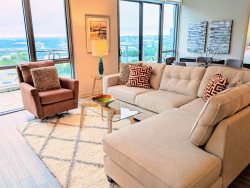 Where to Watch the Superbowl in Adams Morgan

Super Bowl LII is this Sunday, February 4, at 6:30 PM ET. Football fans across the nation are eagerly anticipating this year’s Super Bowl which pits the five-time champions, the New England Patriots, against the underdogs, the Philadelphia Eagles. Both teams garner strong reactions and have intensely loyal followers, so this Sunday is bound to be a tense match-up. In honor of the two teams, restaurants are serving local fare from each city - look for cheesesteaks and chowder alongside game day favorites such as nachos and wings.

Adams Morgan is a multicultural neighborhood, known primarily for its eclectic mix of restaurants and bars, ranging from Ethiopian and Korean restaurants to dance halls and blues bars. Historic row houses line the streets, and independent stores thrive, in this uniquely international section of D.C. What better excuse to explore a new neighborhood than the Super Bowl, so we’ve rounded up some of our neighborhood favorites to watch the game this Sunday.

Black Squirrel
The two floors of Black Squirrel’s flagship location will be split into separate viewing areas - “Eagles Central” will be on the main floor and “Patriots Central” in the downstairs taproom. Choose a floor, choose a team. There will be $5 Goose Island IPAs, hot cocktails, and a $10 beer and shot combo along with standard bar fare such as wings, Carnitas and Chili Cheese Nachos, and sliders.

Ventnor Sports Cafe
Eagles fans, Ventnor Sports Cafe is the bar for you. Their Super Bowl festivities will start early, as from 2:30 til 4pm, folks from Yuengling, Troegs, Victory and Dallas Sucks (Wyerbacher) will be there with giveaways to pump up fans for the game. Cheesesteaks, Crab Fries, Pretzels, and more will be served all day long.

Roofers Union
Those looking for something more relaxed than a rowdy sports bar can settle in at Roofers Union for $5 drafts of local beers and $5 French onion dip and French bread pizzas. Wings will be priced at $10 for eight and $18 for 16 during the game.

Jack Rose
Jack Rose’s annual “Chili Bowl” event will include five types of chili and assorted drinks. For $50, guests can indulge in bottomless bowls of chili flavors such as Texas “sweet and spicy” and New Mexico chicken verde. Tickets also provide unlimited access to 15 varieties of canned and draft beer from 6 p.m. to 10 p.m. The rooftop will open at 5 p.m. with individual chili bowls priced at $9, along with $6 beers, $8 “hot-tails,” and $10 cocktails.

The Blaguard
Join The Blaguard for their “Kick the Keg” Super Bowl Party, pitting Philadelphian Victory versus Bostonian Sam Adams. Gameday specials include $5 Sam Adams, $5 Victory, $3 Bud Lights, $3 Natty Boh's, and $7 for 2 chilli dogs and homemade potato chips. They will play the game with sound on both floors and 9 TV's.